Each fall, economic development professionals from rural and agricultural communities across Ontario gather to compare notes. Last year, Norfolk County had the honour of hosting. This year, we all went to Northumberland County. It was a superb learning experience. Day One on October 29, 2014 included a tour of the area’s agricultural highlights, which is the focus of this post. 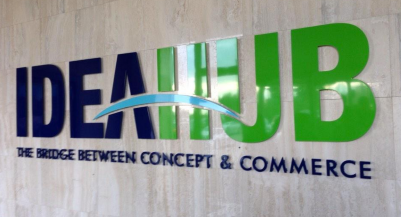 First stop was a tour of the Port Hope IDEAHUB, a full-service business incubator led by the municipality of Port Hope to foster new business startups. Graduated tenancy has a maximum of three years, with the first year’s lease costing $8 per square foot plus $6.50 TMI. The folks at IDEAHUB explained the facility is at 50% capacity, has produced six successful graduates, 69 full-time equivalent jobs and $1.2 million in local spending. Current tenants include Kalgene Pharmaceuticals (developing an Alzheimer’s disease therapeutic), The Apple Crumble Co. (successful dessert food processing company), Clipless (launching phone and tablet mounting system) and GEL – the Gaming and Entrepreneurship Lab, which includes companies such as Skopworks. 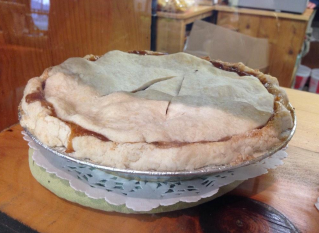 Next stop was Burnham Farm Market, winners of the BMO Farm Family of the Year in 2013. I was happy to see so many Norfolk County products for sale at this market (Cider Keg, Kernal Peanuts) as well as Shabatura tomatoes. Anne Burnham showed us the ovens that bake hundreds of homemade pies each year. In fact, the market received 725 orders for pies for Thanksgiving. Although the margins are low on pies, they create traffic in the market, which generates sales of fruit and vegetables, where margins are higher. Burnham Farm Market employs about 20 workers from May 1 to December 23. Anne and her husband Paul are also 2014 Campaign Chairs for United Way Northumberland County, which funds programs such as the Food 4 All Northumberland, a non-profit centralized food distribution warehouse promoting food security. It was great to hear that the United Way accomplished its goal to fundraise $970,000. For a community of 73,000 people, that is phenomenal.

The Big Apple earns its smile

Before and After – The Big Apple … which do you prefer?

Our next stop told the story of how community pride in a local icon, coupled with commitment by new owners, revitalized a derelict asset. Over several years, The Big Apple fell on hard times and gained a reputation for poor customer service, creating an embarrassment for this community on the 401. The new owner (John Vince Foods, which owns the Planter’s Peanuts brand in Canada) completed significant renovations and modified the focus to local food. Part of the turnaround was recognition that the apple pies baked on-site were not well received. The new owner read reviews from consumers and rebuilt the apple pie recipe — filling and pastry — from scratch. Now, The Big Apple hosts up to 50 buses per day in the high season, selling as many as 1,500 pies a day. (October 29, we were told, was a 500-pie day.) One small touch the new owner implemented was the painting of a smile on the apple statue. It was a small touch, but a symbolic achievement. The Big Apple is now a must-stop destination between Toronto and Montreal.

The final stop of the day caused jaws to drop among economic development officers from other communities. We had the priviledge of touring the Ontario Agri-Food Venture Centre. Northumberland County’s Economic Development and Tourism Office is completing the construction of a 15,000-square-foot niche food processing centre on agricultural lands just north of Hwy 401. The farm sector asked for it during a County-led Business Retention & Expansion project, so the facility will become a pay-to-play centre for product development and food processing. The project is budgeted at $2.3 million, with Northumberland County (yes – the actual county) contributing $1.15 million and operating the centre as a direct function of the municipality (yes – more jaws drop). The Local Food Fund, CFDCs, Ontario Trillium Foundation and the local federation of agriculture also invested. Currently, about four enquiries are being received per day from businesses interested in using the facility. For EDOs from municipalities that must be seen to be supporting agriculture (but spend as few tax dollars as possible) this is a game-changer. Northumberland County has set the bar high for all other agricultural communities. They listened to their farmers and food processors – and invested courageously. Hats off to Dan Borowec, Trissia Mellor, Joe Mullin and the entire team at Northumberland County Economic Development and Tourism!

The day wrapped up at the Ganaraska Forest Centre with talks by Steve Peters of Food and Beverage Ontario, Jamie Reaume of the Holland Marsh Growers’ Association and Pat Learmonth of Farms at Work. This session included lots of great information, insights and not-so-gentle kidding among the speakers. In a nutshell, the message was that rural communities and agriculture stakeholders must band together to get their collective voices heard in a government regime that now has an urban bias.

Hopefully, in a future post, I can summarize the learning moments from the actual conference on October 30, 2014. Stay tuned for information on next year’s event.

One thought on “Fruitful road trip for rural EDOs”