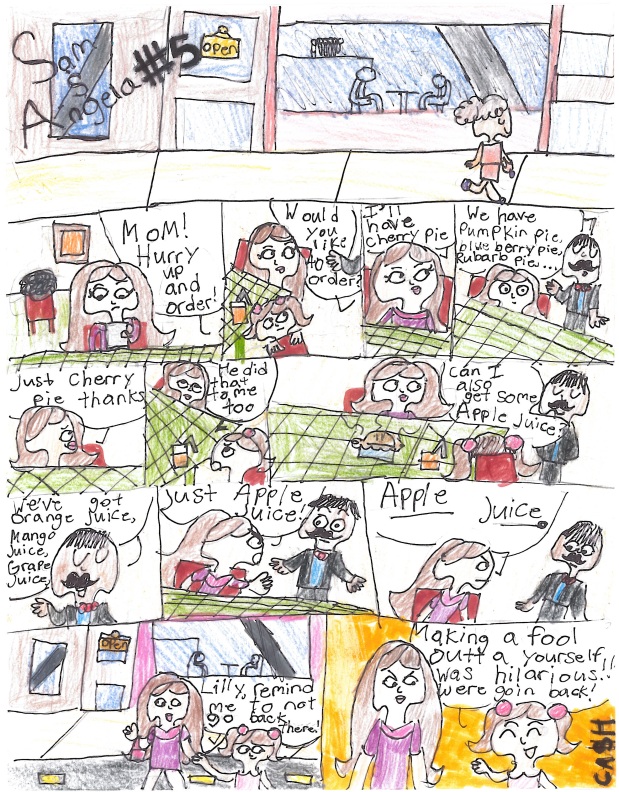 Here is the latest Sam & Angela comic by CA$H… 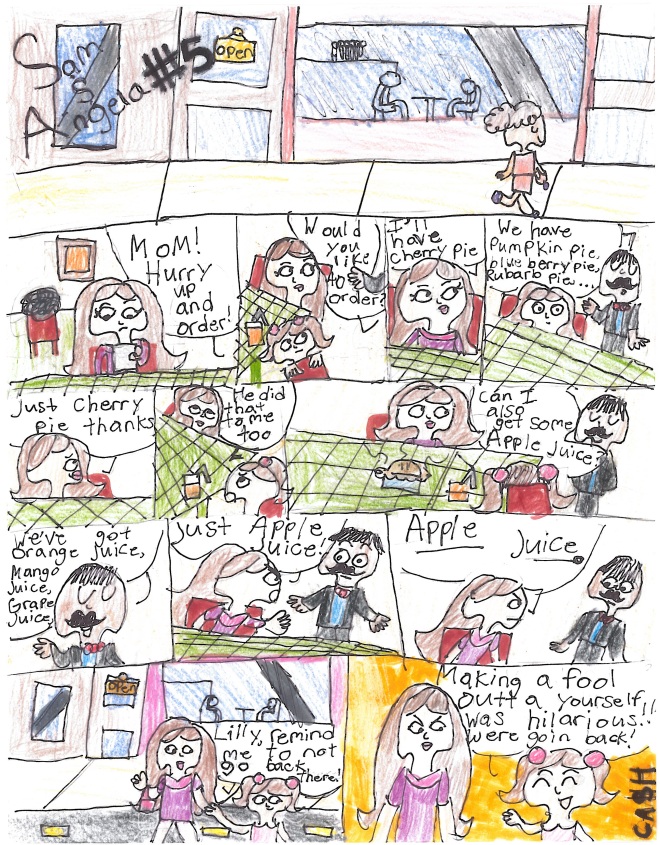 At this year’s annual conference organized by the Economic Developers’ Council of Ontario (EDCO), Norfolk County was asked to speak on a panel of communities about getting noticed in a crowded marketplace by highlighting our unique qualities. Rather than delve into the detailed tactics used by Norfolk County to garner attention, it is important to ponder some basic lessons learned over the course of ten years. At the EDCO presentation, three tips were presented. The focus of this article is the first tip: Do your homework.

Sometimes, it is difficult to value the need for research when your world is turned upside down. Norfolk County encountered this challenge when it was presented with a threat to its primary agriculture crop.

About ten years ago, tobacco production in Norfolk County fell off a precipice. Marketed poundage of the Golden Leaf dropped from 158 million pounds in 1997 and bottomed out at about 14 million pounds in 2009. At the time, one local councilor bristled at the use of the phrase “demise of tobacco” in discussions. He was correct, in that tobacco is still grown here. However, our community is no longer defined by tobacco. The journey to that destination took a long time.

An economic development strategy developed just prior to those dark days pinpointed tourism as a potential alternative economic driver. There was pressure to do something, anything, to renew the economy of Norfolk County. Turning desperation into action could have been disastrous, but luckily Norfolk County has many innovative, forward-thinking people willing to take risks. We established an agricultural networking team and discussed how to activate the strategy. The concept of a “Taste of Norfolk” event kept popping up, over and over.

Not wishing to create a whole new event, we reached out to the organizers of the Norfolk County Fair & Horse Show, held every October since 1840. It is the fourth largest fair in Ontario and likely the largest – and most truly agricultural – fair in Canada. In 2004, a corner of one building was set aside for a new exhibit, Norfolk FlavourFest. Norfolk County farmers assembled at the Fair, created a marketplace for consumers to sample and buy their produce and food products. Fair organizers handled the cash, took a commission, and everyone was happy with the first year’s results: about $9,000 in sales of produce.

Remember: this happened in 2004 — a year before the term locavore was coined and two years before the 100 Mile Diet was published.

The success of the exercise helped fuel the development of our popular map and local food guide and later, a recipe book. Everyone talked about Norfolk County being an agricultural powerhouse and, strangely, we were accustomed to hearing ourselves described as “the most diverse agricultural region in Canada”. Those words spell boredom to a tourist. The challenge was on to find unique characteristics about Norfolk County that would make it special to an urban audience of potential tourists.

Unfortunately, there was little detail in our files about what we grew other than reams of data about tobacco poundage and lists of seasons for fruits and vegetables. Norfolk County had the hunger for an edge, the intuition that we were an agricultural leader, and the need to know more. We had no budget for research, but the internet provided free access to Statistic Canada’s data, including the Census of Agriculture.

Homework led to our first discovery: Norfolk County grows more strawberries than anywhere else in Canada. This early epiphany intrigued us, so other crops were researched. Without any cost (except staff time – mainly spent after work) data also emerged to support Norfolk County’s status as the nation’s leading grower of sweet corn, peppers, ginseng, asparagus, pumpkin, cabbage, and tart cherries used for baking.

Energized by these results, more research was done. We discovered that Norfolk County is a leading grower of apples, raspberries, potatoes, tomatoes, blueberries and specialty vegetables in Ontario. Our hunch proved to be correct, and we have the numbers to prove it. 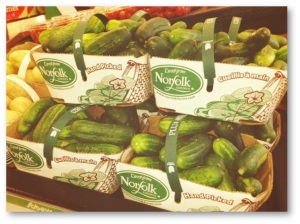 Farmers and local food suppliers pooled funding with the County to support the program. Farmers too busy to represent Norfolk County at consumer events were glad to see the emergence of the Fairly Fat Guys, two local volunteers who enjoyed cooking and talking about Norfolk County farmers and food. As local wineries began to open, we adopted the new “Norfolk County: Ontario’s Garden” brand – a legitimate, authentic slogan that we could back up with numbers.

Doing our homework now meant checking in continuously with those who were wiser than us: the farmers and businesses that helped shaped the program. We made outreach a habit through monthly advisory board meetings, annual marketing plan focus groups, emails to partners, ongoing calls to individual businesses and farms, and our annual economic development symposium.

Our community and its agricultural sector always possessed those unique attributes that we were able to turn into a successful marketing program. By doing our homework, discovering our edge, reaching out to our stakeholders and listening to their wisdom, Norfolk County, Ontario’s Garden, found a way to be heard in a crowded marketplace.

Norfolk FlavourFest won an award in 2007 from EDCO for Best Tourism Special Event / Campaign. By Year 9, the food marketplace portion was grossing over $50,000 in sales and, next door, the new Eat & Drink section featuring wineries, microbreweries and local restaurants was equalling those sales.

Norfolk County’s overall agricultural marketing campaign won an award of merit in 2008 from EDCO. Website visits to norfolkfarms.com continue to grow annually. Participation in the Norfolk County agriculture marketing program has increased from zero in 2003 to almost 100 in 2013. Many new businesses have established themselves in the area, including wineries, breweries, lavender farms, and restaurants catering to locavores.